We have used an enhanced Kinera SPD 2.0™ on Pandamon, providing the following acoustic quality improvements. First overall frequency sensitivity enhanced by 3db to be an even mobile phone friendlier IEM. Second we coupled a BA driver on our first iteration of SPD™ to compliment treble delivery, but SPD 2.0™ is capable to deliver full frequency range, self-sufficient to provide a complete listening experience, eliminating any possible frequency interferences or unwanted acoustic effects. It’s rich texture and relaxed tonality is a perfect partner when you want to enjoy your beloved music during commute or after a long day’s work.

Pandamon earphone shell adopts a new design, using a circular hollow faceplate with a unique sense of mechanical aesthetics.  The hollow cavity has a strong sense of three-dimensionality visually, which is a perfect integration with inner mechanical artistry. Pandamon will use resin as shell material, the 3D cavity of pressed texture will be an iconic blend IEM design brilliance.

Finely selected 304 stainless steel is used on IEM faceplate, each one going through multiple process including precision engraving, nickel electroplating and UV coloring to ensure a balanced & natural colour tone, smooth and shining body with intricate and long-lasting metal feature.

We have used the Pandamon logo on IEM faceplate, presenting an artistic collision core design between mechanical rhythm and the ferocious Pandamon symbolized by its metal crushing teeth and flaming eyes.

We have used an enhanced Kinera SPD 2.0™ on Pandamon, providing the following acoustic quality improvements. First overall frequency sensitivity enhanced by 3db to be an even mobile phone friendlier IEM. Second we coupled a BA driver on our first iteration of SPD™ to compliment treble delivery, but SPD 2.0™ is capable to deliver full frequency range, self-sufficient to provide a complete listening experience, eliminating any possible frequency interferences or unwanted acoustic effects. It’s rich texture and relaxed tonality is a perfect partner when you want to enjoy your beloved music during commute or after a long day’s work.

Excellent bass performance with immense texture but transient response, while keeping a certain level of extension and dispersion, providing long listening comfortability; vocals are kept at an optimal distance with enriching thickness, glittered with a velvety treble range. The tuning is finished with good control over sibilance. Overall tuned with a pyramid shaped frequency distribution providing a warm and roomy tonality, thanks to our SPD 2.0™.

What’s In The Box Head-Fi

Author: Headphones and Coffee
Read More
"The Sub-Bass presents with a neutral presentation is has good speed and texture but is lacking in deepness. This is not a bass head IEM, Bass here in general is more quality than quantity. This is not a bad thing as the bass is still really good and super clear and detailed. Mid-Bass is speedy, punchy and a little more prominent than sub and lends some warmth to the Pandamon. The soundstage is particularly good with equal width and depth and far above average details and separation, it is accurate in placement and works well for movies and games. The pandamon is a well-tuned Neutral sounding IEM with a youthful appearance and good technicalities, it works well for games and music, and it is an excellent bargain for those looking for this type of signature. "

Head-Fi

Author: suicideup
Read More
"The Pandamon, like the Gumiho, is an excellent value in this category. The soundstage is expansive and immersive, with plenty of height and depth. My guess is that because the shell seems to sport a semi-open back design, but I am uncertain. Nevertheless, it is wide. Separation and layering are above average, as they never struggled badly on my busy test tracks. Imaging is also precise, allowing for very accurate instrument and vocal positioning." 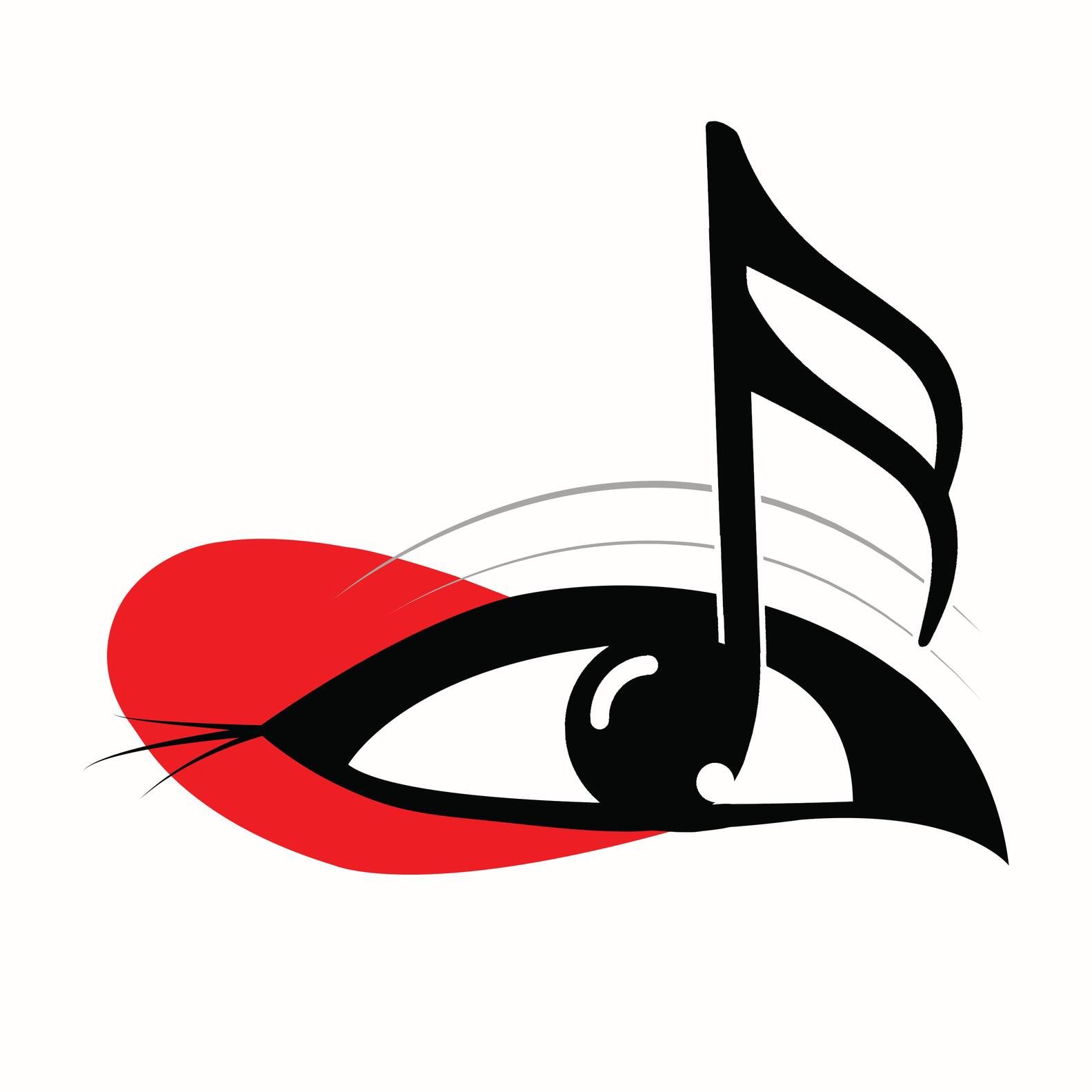 FacebookAuthor: Practiphile
Read More
"Very textured drop D on Creed's "higher". The more I use them, the more I realize that the lower region is more focused on the midbass.That rich and lush tone on vocals and violins had me listen to the whole track of "My immortal" by Evanescence.In the track "Warning" by Incubus, those mounted tambourines starting at 0:36 had a very natural decay and death.Impressive layering of instruments and center imaging of vocals. The soundstage doesnt sound as stretched compared to other planars." 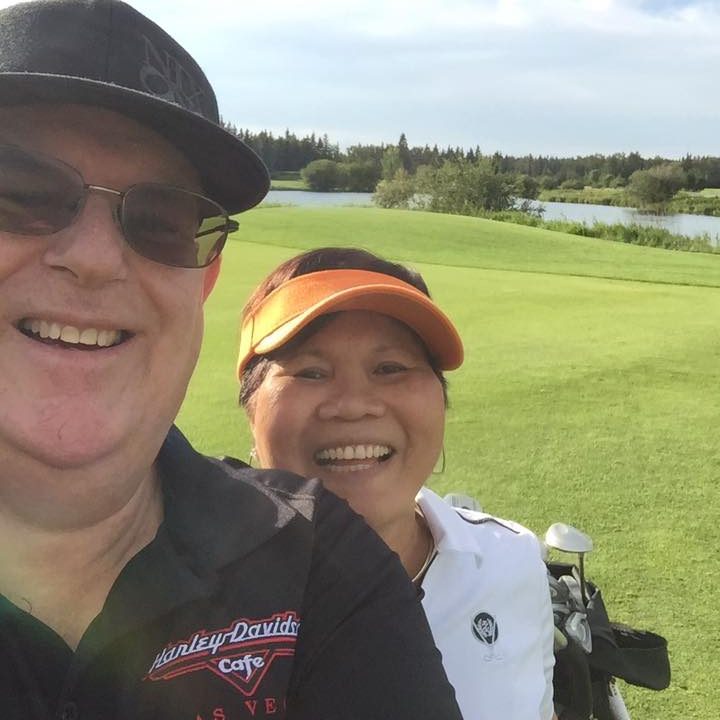 FacebookAuthor: Kevin Davies
Read More
"Pandamon is a well tuned, and exceptionally good sounding IEM. The timbre and tonality are natural, the dynamics solid throughout the frequency range. Sound signature is overall balanced with a moderate elevation in the upper mids and vocals. They perform well with most genres IMO, and I will say that they are the best sounding IEM for symphonic music that I have experienced to date in the under $100 price bracket. I very much enjoyed Gumiho, and I am pleasantly surprised at the improvement achieved with Pandamon, whatever tweaks Kinera/Celest did to the SPD 2.0 driver, they did them right. " 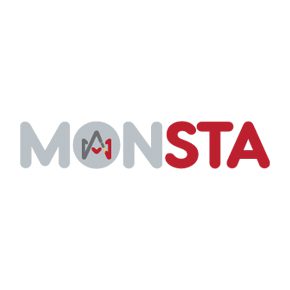 Audio Monsta

Author: edmund
Read More
"Pandamon is an in-ears that have a unique warm and thick neutral sound that may cater to those who are a little treble sensitive as they are smooth and inoffensive. They have a rather good bass response that will suit a variety of music but they do lack lushness in female vocals. Micro detail lovers might find this Pandamon a little lacking as this is not their main strength. Also, for those who have Gumiho, the Pandamon complements the Gumiho well. " FacebookAuthor: Pulkit Dreamzz
Read More
"Pandamon sounds euphonic, it’s sweet and rich in its presentation. The bass is very decent, has more mid-bass than sub-bass, the spread of the lower end is quite good. Pandamon suits Bollywood music really well. Midrange is lush and rich. Vocals sound pleasant and have good clarity to them. Treble has decent details. I don’t find any kind of harshness or sibilance yet. Transient speed of Pandamon is also quite good, it has smooth transitions between frequencies, Celest has done a good job in tuning the set. Another thing that has instantly impressed me about the Pandamon is its immersive 3D soundstage presentation. Initially, I am quite impressed with Pandamon. The set performs decent, it shows good potential. I like its punchy sound!!!" 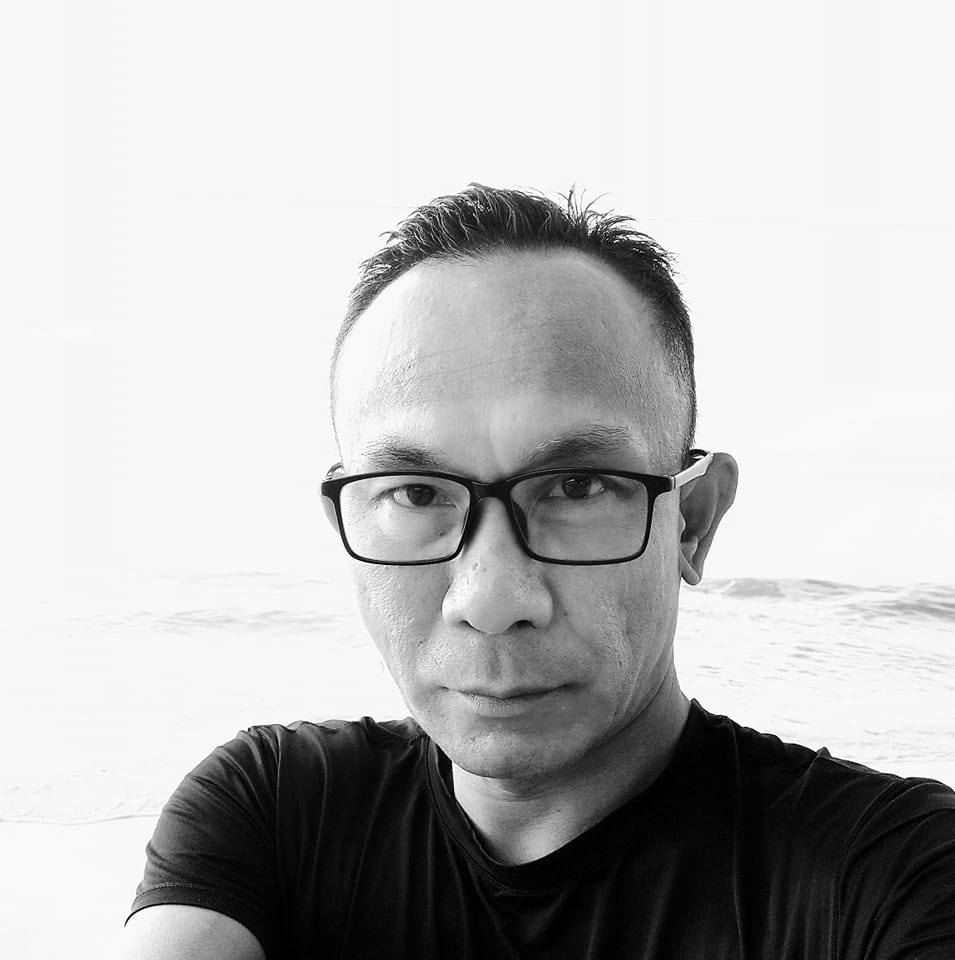 YouTubeAuthor: Andy EF
Read More
"Celest Pandamon, another great addition to the myriad of choices for Budget segment IEMs, especially for Planar category. It is smooth and mature sounding." 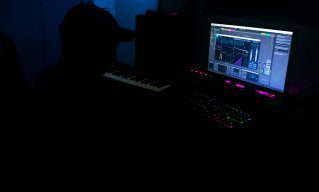 Head-Fi

Author: nxnje
Read More
"There’s no doubt that Celest has been working hard on their technology and their products, and it’s also obvious that they have been listening to the feedback of customers and reviewers to improve their offering. The Celest Pandamon is the perfect example of something born from a mix between good technology and attention to customers: everyone said the Gumiho were a bit artificial-sounding because of the BA, sometimes hot and prone to sibilance, and Celest did was removing the BA and instead using a full range SPD, re-tuning the set and eliminating artificialness and sibilance. The design is definitely questionable, but I can say that the improvements are clear and even though some minor technicalities have been sacrificed to get here, the result is very good: a well tuned, non-fatiguing IEM that stands out for good performance and nice overall balance." 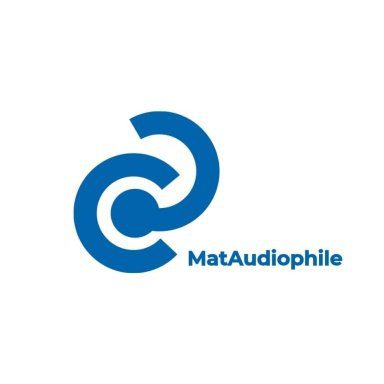 Head-Fi

Author: Mataudiophiles
Read More
"Compared to the gumiho, tonality and balance have been greatly improved in every aspect, including the lower registers, where the bass has been smoothed out and balanced against the midrange and the rest of the frequency range. This is a good procedure because the whole thing now sounds much more even and clearer. Bass is present, but does not interfere with its presence in the midrange. Midrange: It has been much evened out and is no longer so withdrawn in relation to the rest of the band. Vocals are natural and balanced. Instruments sound full and natural. Close to neutral here, but the whole thing was slightly brightened in my opinion. We can count on a lot of details, clean and well-positioned sound, which is very good in this price range. Treble: They are neutral, natural and not fatiguing. String instruments are present and do not disappear in the background, at the same time we do not have a sharp or unpleasant sound here. Which works great for long listening sessions and when we are more sensitive to sharp treble."

mobileaudiophile.comAuthor: Mahir Efe Falay
Read More
"Kinera has reworked and improved upon its recently developed SPD Planar magnetic driver, and as a result, we now have the brand-new SPD 2.0 Planar driver. This improvement was made possible because of Kinera’s commitment to continuous development. In comparison to the SPD gen 1 driver units, the newly developed 10mm x 10mm SPD 2.0 driver unit boasts a more accurate frequency response in the treble range and is simpler to drive. As a result of the professional tuning changes and further optimizations that have been made, the Celest Pandamon can now produce better sound at a price that is still affordable. Not only does the pair deliver a dramatic and deep-diving lower-end response, but it is also easier to drive than the Gumiho IEMs, which were the pioneer in this category. The 4-core OFC stock cable that Celest Pandamon’s cable. The connectors that are used are standard connectors with two pins measuring 0.78 millimeters each, and the termination plug has a diameter of 3.5 millimeters. In terms of clarity and specificity, the Pandamon is typically of high quality. Instruments sound well-integrated and balanced, with a suitable dynamic range. Details like as transient strengths and resolution are acceptable, however they might be poorer in the upper-midrange and treble areas. There is a rather high amount of middle brightness, which is a characteristic of amonics (which some may find fatiguing). Across the majority of ranges, detail retrieval is typically satisfactory, though not often exceptional. Due to their slightly amplified presence, men’s voices often sound a little shaky or rough, but this is usually not a problem." 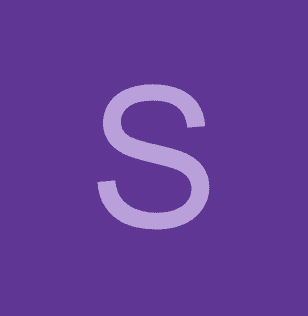 Head-Fi

Author: SherryLion
Read More
"The Pandamon has a milder V-shape sound with good intensity at higher frequencies. These have better lower mid range and mid bass tones, making them sound more genuine. With sound technical skills, the Pandamon performs tonally better. Moreover These, in my opinion, present in a delicate manner. While the mid range is quite forward and musical, the treble is bright and energising. The bass has a strong, punchy, and organic side. Let's explore the sound in detail." 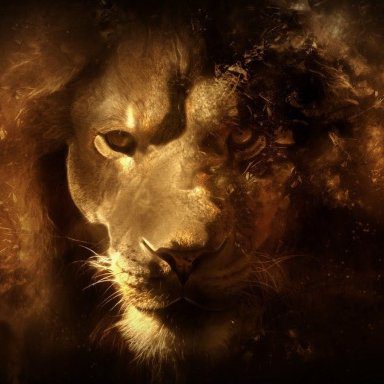 Head-Fi

Author: Ceeluh7
Read More
"The Pandamon presents a nicely balanced take on my music. Near neutral with a slight warmth and more U-shaped to my ear. I hesitate to call it mid-centric, but it is close to that in my opinion. I hear an emphasis in the upper midrange which adds some sparkle to female vocals. The Pandamon has a balanced low-end approach but remains punchy and defined. Bass hits pretty hard without any muddiness. The treble has good energy while remaining non-offensive without any undue peaks. Obviously, I will elaborate much more in each of these areas as you read-on. The stage is nice, and details are not lost on the Pandamon either as the sound is very clean and airy and mostly balanced, so that no one area of the mix takes great dominance." 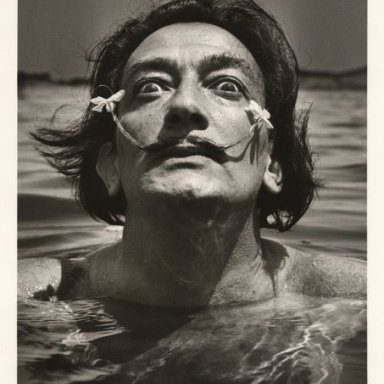 Head-Fi

Author: Redcarmoose
Read More
"It’s fast, really fast…….yet going about its business there almost isn’t time for the driver to concentrate on filling stuff out complexly. These are sketches, not paintings. Still just like a good sketch, retrieved is amazing detail, and this hidden bass effect. Hidden bass arrives as a surprise due to wicked fast transients, such spectacles are fully worth the price of admission. Waiting in the outskirts this incredibly fast and technical bass arrives and unexpectedly stays momentarily then leaves just as fast. This pace travels from the bottom up, blanketing the entire signature. Though my favorite part of songs is when there is a pause......there just becomes this bass drop, it’s so rewarding and substantial!" 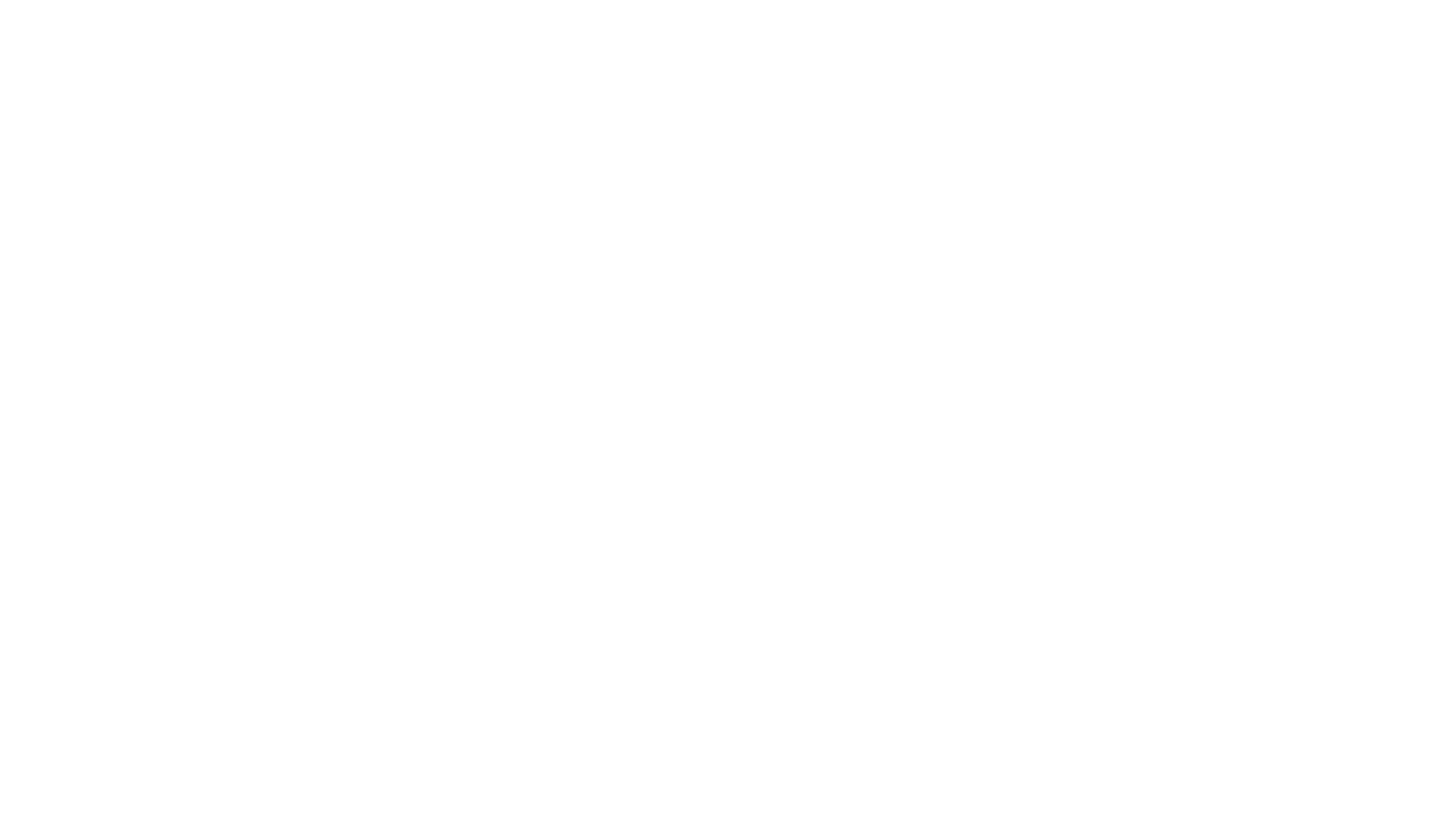